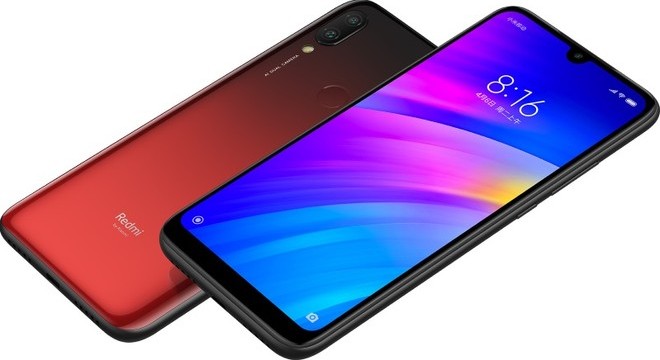 Good news for everyone who is looking for a high-tech selfie camera phone to take pictures like a pro! Samsung is reported to working on a pop-up selfie camera phone completed with three rear cameras, much for your pleasure. This is one of the most anticipated products that selfie camera phone addicts are waiting for this year. However, the development of this camera phone hasn’t been confirmed yet so far from the giant tech company. Curios of how the mysterious pop-up camera phone probably like like? This page will give you a sneak peek of the device. Check this out!

The First Time in Samsung’s History

Once the product is launched to the public, this will become the first time for Samsung to introduce its pop-up selfie camera. It is been reported that the company is developing the phone and make its fans so excited to get the first glimpse of the device. Since the work is not confirmed yet, people can only guess when it will be launched to market. What makes it more mysterious is that Samsung does not highlight the name of the product either. However, rumors indicate that this highly anticipated pop-up camera selfie phone will be a part of the “Galaxy A” series. Samsung’s coverage of this product doesn’t stop here either. The company also refuses to reveal the pricing as well as under-the-hood features of the smartphone to the public. The only thing that the public learns so far is that the selfie camera phone is shown in a luxurious black color option. So, keep calm since you will not be the only one to curious about the smartphone. Just take a pinch of salt from the information or rumors since the camera development hasn’t been confirmed yet. However, more details are expected to be shared by the South Korean tech giant in the coming weeks.

Rumors spread out there say that the smartphone will come with a pop-up selfie camera. As reported by Pigtou in collaboration with OnLeaks, it is claimed that the device will be armored with three cameras placed on the back. As of the pop-up selfie camera, the tool will be positioned towards the camera phone’s top-left side according to the alleged renders published on their websites. If the rumors are true, then the selfie camera phone will look like OnePlus 7T Pro and OnePlus 7 Pro. But, again, the reports by Pigtou and OnLeaks do not reveal the detailed information of the smartphone’s camera. If you recall, you might remember that this is not the first time Samsung is reported to be working on a smartphone with a pop-up selfie camera. It was just last year when the tech giant was rumored to introduce their pop-up functionality to their worldwide fans. This should have come along with the Samsung Galaxy A90 series. But the rumors have not been proved at all. Instead, at the end of 2019, the tech giant company launched its Samsung Galaxy A90 5G. In contrast to people’s belief, there is no pop-camera nor a waterdrop-notch found in the smartphone. Not only that but back to April 2019, this South Korean company launched its Galaxy A80. The smartphone itself comes with a rotating camera. The tool allows the phone to have nearly a bezel-less display experience. Once again, none of the rumors last year were found true. However, the rumors of this latest mysterious pop-up selfie camera phone might result in the biggest hysteria since it is the first time for the company to launch such a product.

Just like mentioned above, the mysterious pop-up selfie camera phone of Samsung is available in black color option. At least, that what’s the rumors say so far. The elegant black color itself is completed with thin bezels. Additionally, the upcoming pop-up selfie camera phone also has slightly curved edges, adding a luxurious touch to the device. Aside from the pop-up camera and triple rear cameras, there is a fingerprint sensor mounted on the back part of the smartphone. Exploring the look of the smartphone further, you will also find a USB Type-C port placed at the bottom. The port is also completed with a mic to its right. Meanwhile, the speaker grille is attached to the left of the USB Type-C port. The reports also state that the pop-up selfie camera of Samsung comes with a screen display of 6.5 inches. Well, while rumors will just be rumors, you are advised to wait patiently for them to be true. Hopefully, it will not take more than just a couple of weeks!