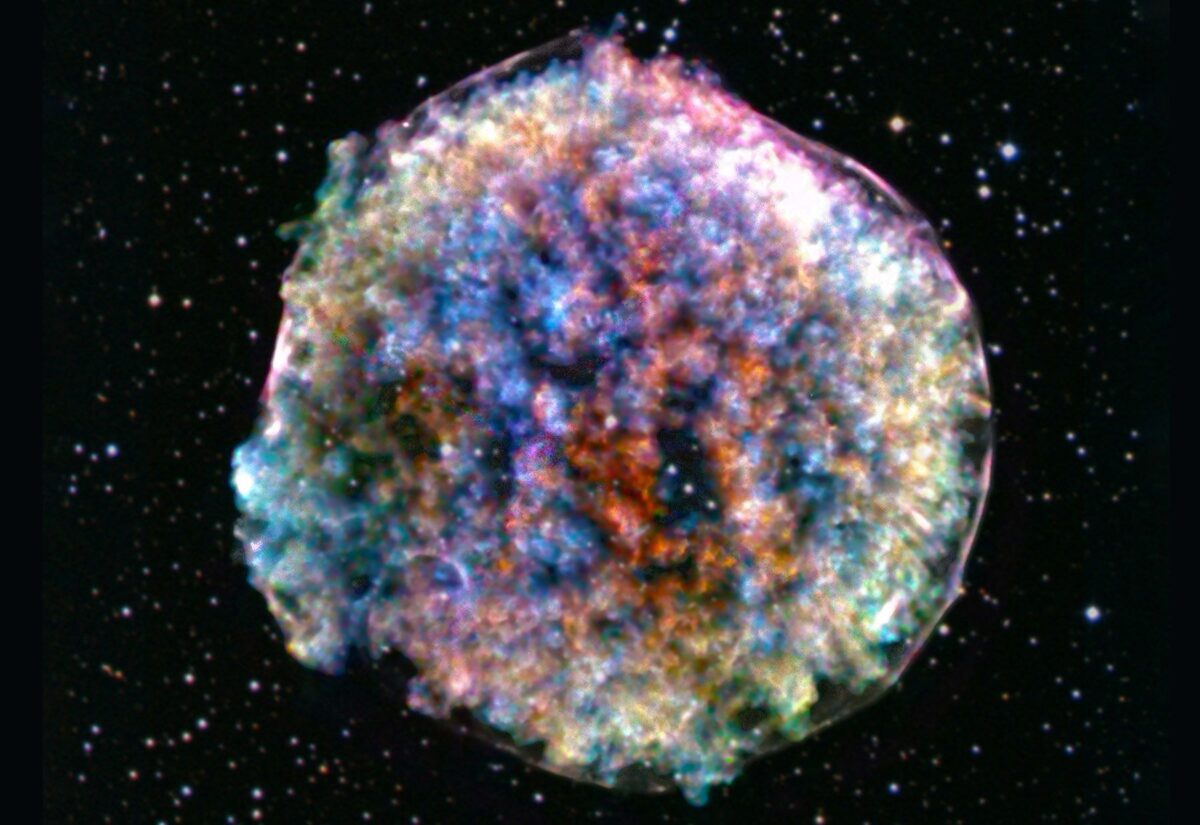 Supernovae or also called Supernova is quite well known for someone who learns about aerospace. It can be familiar to you. Although you have heard about it before, you are not sure what it is about and how to define it.

In the universe, there are numerous stars. They have two methods for stars to die. Some are fading away while some others burn.

There are several ways of how the star ends its evolution. It happens in the massive cosmic explosions called a supernova. You can record it to be the greatest explosion that occurs in space.

You can experience Supernovae in other galaxies. It is quite challenging to see from our Milky Way galaxy as dust prevents our vision.

A supernova happens because of the transformation that occurs in the core of the star. The change may occur in two different ways. However, both share the same result that is Supernova.

The first type of it occurs in the binary star systems. In this system, two stars are orbiting a similar point.

One of the stars has a carbon-oxygen in the form of the white dwarf. It can steal matter from the second star that makes the white dwarf gain too much matter. It can cause an explosion and then result in Supernova.

The second type occurs at the end of a star’s lifetime. This single star runs out of its nuclear fuel.

Then, some mass moves into its core and causes it to collapse. This process results in the biggest explosion called a supernova.

Why do scientists study Supernovas?

Lately, there is a piece of good news from Supernova. The study carried out by Michigan State University found out that Supernova can create much faster life-giving carbon atoms.

Although it is such an amazing discovery, it brings us to another mystery. This puzzle could transform the recent theories of element creation. Moreover, it can improve new science, especially in the fields of fusion and astronomy.

Our planet has multiple components. You will find that carbon as one of its most various elements. It is created from the fusion reaction of triple-alpha as a result of a Supernova stars explosion.

Thus, what does alpha describe us? It is defined as a helium atom core that is composed of two neutrons and two protons. If you have triple-alpha, it means the alpha is three times larger.

The fusion may give you an inefficient reaction. It can be efficient if there is something that can help it. Thus, the researchers use a supercomputer model to support their research on it.

It presents a surprising result among scientists. They found out the exceeding protons in the Supernova’s innermost reaches. As a result, it can stimulate the fusion reactions of triple-alpha.

The reaction gives us surprising information too. It can generate carbon ten times more than the expectation. Of course, it is a remarkable discovery.

The above explanation can assist you in understanding why more carbon occurs in the universe. To reveal another mystery, scientists do more research.

In the beginning, they thought the exceeding protons create more particular isotopes of ruthenium and molybdenum that are heavier. Both particles consist of the greatest amount on Earth.

Those elements are only created in Supernova. You will not find it in the other place outside it. This statement is carried by Luke F. Roberts as an MSU professor and the co-authored study.

This study becomes a memorable discovery, especially among scientists. It guides them to maximize the use of the Supernova element.

They found that the isotopes might be created in different forms. Unfortunately, they can show us how this form exactly happens. So, this remains another mystery.

Of course, it takes more time to do more study and research to reveal another way. The alternative ways will not be easy to come up with. They need further studies for that.

According to co-author Hendrik Schatz, the favorite theory has been destroyed. Hence, none can help to support its explanation.

To describe more about this discovery, it requires the creation of some unusual new science. Of course, it becomes another progression in science.

Although this can be a development in new science, scientists should be ready with the contradiction. As science inventions can be both, it may give a positive or negative result. 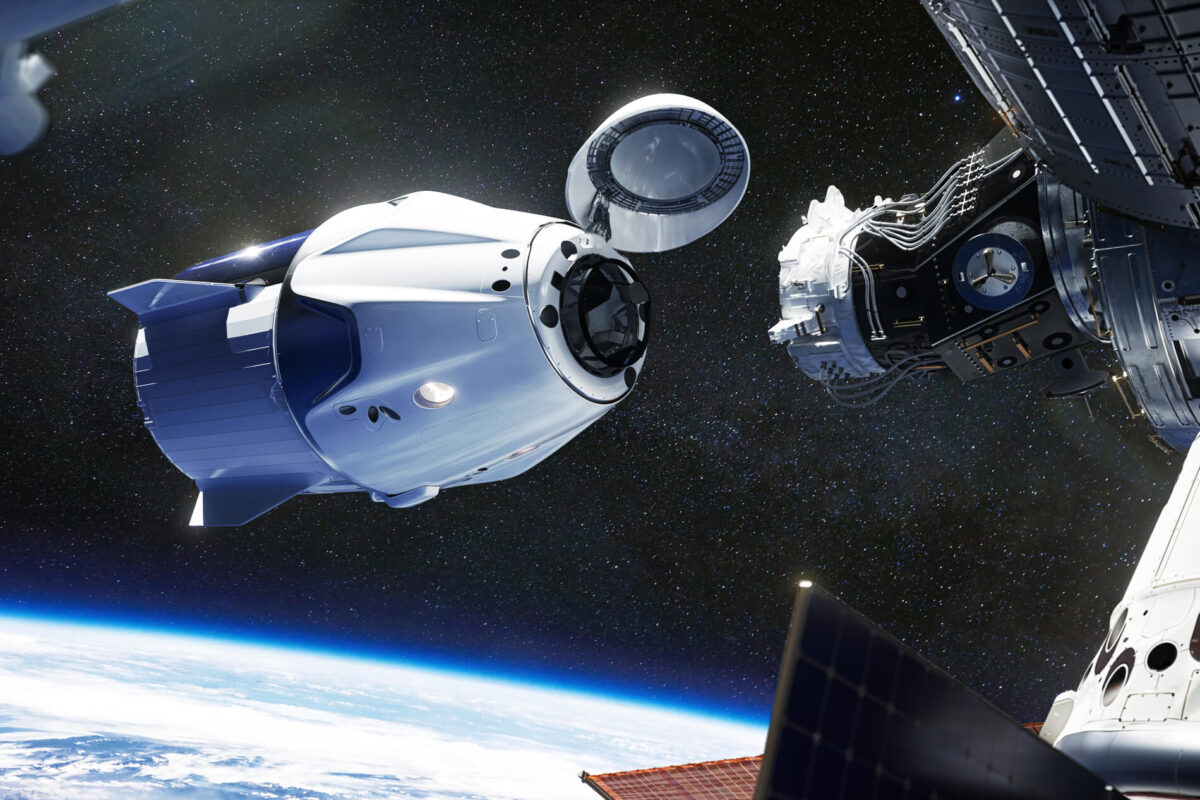 SpaceX has successfully launched its latest mission to the International Space Station using the Dragon Capsule. The capsule is scheduled to arrive at the station tomorrow at about 1.30 PM ET. Originally, the company plans to launch the cargo batch along with its supply to the station. However, different from the previous launching, it decides to use a different spacecraft. SpaceX prefers using the newest version of the Dragon Capsule, known as the Dragon Capsule 2.

SpaceX’s Contribution to the Space Station Since 2012

The launch of the Dragon Capsule 2 is not the only contribution done by SpaceX in the area of astronomy. The company has supplied the station even since 2021 with a total of 20 missions. In those 20 missions, Elon Musk’s company used the original version of the Dragon Cargo Capsule. In order to load more stuff as well as people, the second version is developed. This version was previously called the Crew Dragon but later it sounds more comfortable to call it the Dragon Capsule 2.

The Dragon Capsule 2 by SpaceX brought its first crew in May. With the success of the Dragon Capsule 2, the company then decided to stop using its previous Dragon version as well as the new one is improved in terms of performance so that it can carry crew and cargo more safely and efficiently.

Some Improvements on the Dragon Capsule 2

Compared with the previous version of the Dragon Capsule, the Dragon Capsule 2 has some improvements. Based on the statements from SpaceX’s representative, the newest cargo can load more stuff up to 50%. Meanwhile, it can also be more easily anchored to the space station while the crew can use the robotic arms to manage the capsule and replace it to the port. Additionally, the Dragon Capsule 2 can work more automatically and it doesn’t need extra help from humans to dock.

Purposes of the Mission

SpaceX has some purposes to launch the new spacecraft to the space station. Those purposes are considered important as the company is willing to spend many budgets for the mission. The main purpose is to add supplies to the station for astronauts.

Besides, the spacecraft also brings some experiments to the ISS including the experiment of Bioasteroid developed by the European Space Agency. Bioasteroid is an experiment to test Biomining, a process that uses microorganisms to extract rock elements. It is in line with the statement of the Bioasteroid researcher, Charles Cockell. He said that his team wants to see whether the microbe can get elements from the interior and surface of the asteroid. Sure, it means that the research is indeed better to do in outer space.

Interestingly, the mission is also related to the Covid 19 pandemic that currently attacks the earth. The first medication of the virus is tested for the first time in outer space. It is to try to improve the efficiency of Remdesivir antivirus.

Not the Only Dragon in ISS

It is known that SpaceX has launched other spacecrafts in the past. However, most of them are back home and no longer docked in the station. Meanwhile, there is still another Dragon Capsule that is in space. It is the spacecraft that was launched on November 15 with 4 crews. With the presence of the Dragon Capsule 2 in ISS, it means that there are 2 dragons anchored there. Based on the statement of Sarah Walker, the managing director of Dragon Missions of SpaceX, it is great since for the first time, there are two dragons in the space station. Soon, there will be more dragons to join them.

The Dragon Capsule 2 mission was rescheduled before for the weather problem. After some considerations, it is launched at 11:17 ET from the Kennedy Space Center in Florida. To make it work, SpaceX utilizes one of the rockets from Falcon 9. The rocket is second hand but it is guaranteed to work optimally. Yes, the rocket to use is the same rocket that launches the first crews from the company in May.

Furthermore, after the launch of the Dragon Capsule 2, there is a plan that Falcon 9 will try to land on one of the drone ships of the company. The ship will be placed in the Atlantic Ocean.