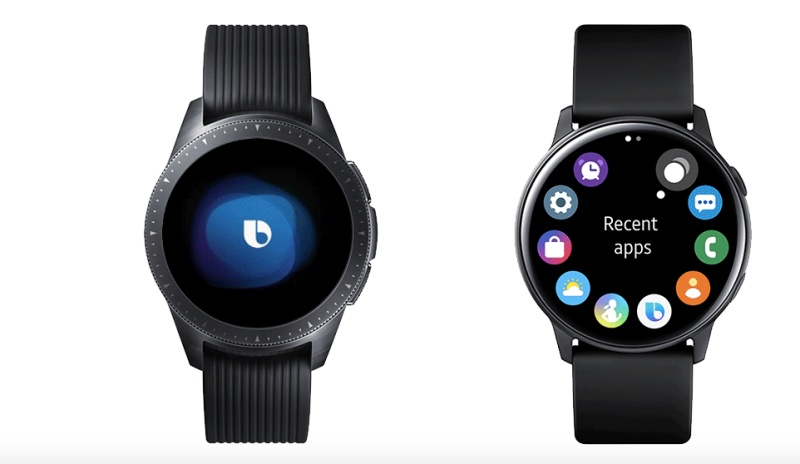 As we know, Galaxy Watch Active 2 was released on September 23 in the US. With the release of the Galaxy Active Watch 2 software on November 19, new software is available through an update and brings a number of amazing new features to older devices. These features do not have to be new breakthroughs, but they must be useful additions for Galaxy Watch users. The new features make the old user does not need to buy the new one. Here are the features that can be enjoyed with Galaxy Watch Active 2.

Bixby is a voice assistant created by Samsung for their mobile devices and adds voice control for Samsung digital assistants that functions to facilitate the work of Samsung users. Like other voice assistants, Bixby performs personal assistant assignments that perform for clients. Such a task that Bixby Voice does is listen to audiobooks, open apps, check the weather, play the music, turn on Bluetooth, changing settings, translating something, make Bixby as your personal photographer, taking notes, and post something to social media. But it is an old feature, the latest Bixby version that surprised the user is including the ability to start exercise routines, control your SmartThings ecosystem, looking out the time difference between places.

It is very impossible for a device to only have one language, even though it is an international language. Over time, other languages are needed in the use of devices. The function of language is to easier the people’s life so this is why Galaxy Watch Active 2 feature which was originally only in American English coupled with British English. The Language that shows up after updating the older Galaxy Watch is British English, French, German, Italian, and Spanish. These new features make the Galaxy Watch users easier to operate their smartwatch in a different language.

The user of the Galaxy Watch can make the easy force to the Galaxy Watch by moving their thum around the screen. If the old feature of bezel get many complain because it did not work, not with the latest update. You will find zero problems with it. In another way, this latest smartwatch feature, which has a natural revolve bezel, is getting some other ne things from the latest Samsung smartwatch. These features include tracking for rotation time for jogging and the others exercise, data balancing system form NFC for Technogy training stuff, developments to the always-on display while boosting the battery or when saving power mode is sustain, weak heartbeat alerts, and some changes to the Health App of Samsung. The new features make the users easier to reach their exercise goals.

The latest feature lets users make custom watch surface that fit their apparel, after capturig something with their gadget. The most useful function of the latest update of My Style is the icon for in-use applications moves to the bottom of the watch screen, these new features will help the galaxy watch user to manage their used-apps quickly. The current time always displays on the screen even the galaxy watch is in use. The new emojis are also available in the latest feature of My Style.

The new features make the user can comfortably use the Galaxy Watch for last two days with light usage, meaning no workouts and just getting the notifications. Throw in 30 to 60 minutes of exercise and you will likely be charging before your sleep or even if the galaxy watch charge before going to the office or going to school it still can use a whole day. The Battery Performance is so satisfying if compared to another smartwatch that needs everyday charging even twice charging in a day so it can be used for a whole day.

With updating the old Galaxy Watch or buying the new one, the galaxy watch users will enjoy many features that making the task easier to do. With the new features, you’ll find nothing but a smooth and good performance of the software. Seems Samsung wants to say apologize for the old mistakes such as not-working bezel, lack of existing languages, the current time that not showed on the galaxy watch screen-on, and incomplete health features that so important nowadays. If the user of Samsung galaxy watches still thinking about updating their devices, the new features will make you happy. It feels you don’t need to buy the new one because your old smartwatch already feels like new.