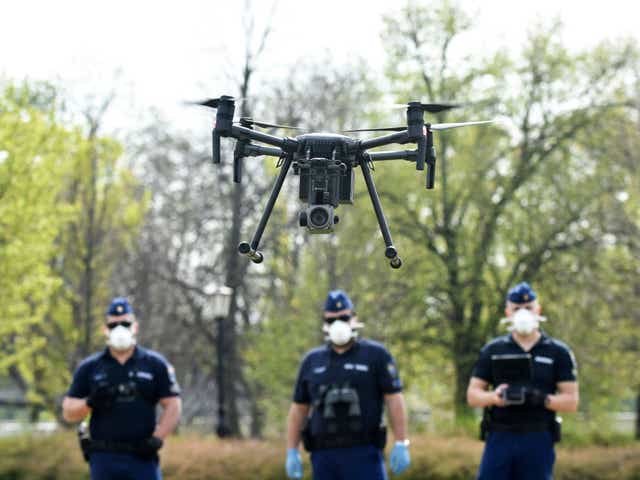 The Use of Drones

A drone is not only a gaming device but it is also a supportive device. Nowadays, policies even use drones for 911 calls or emergency calls. One of the incredible usages is when California officers known as Chula Vista run after a suspect using a drone. At that time, the police used a drone to monitor a man with a gun and a bag of heroin. The drone caught everything through its camera. At the same time, the police watched the live video and found the right time to take the man down.

Drones help the Chula Vista police department a lot. Nowadays, this department accepts up to 15 emergency calls a day and even has a specific program known as Drone as First Responder. The incredible thing is the program achieves over 4.100 flights within two years. The good news came in July in which this department approved to fly Skydio drones in emergencies with conditions. Due to this new regulation, California becomes the first area that adopts this type of program.

Nowadays, two cities in California and one in Georgia adopt this program to help its police department. California is not the first area that uses a drone to help the police department. Hawaii and New York have done the same thing for years in a simpler way. The officers in Hawaii and New York bring a drone in the trunk of a patrol car. Then, they will fly the drone over the park or inside a building.

The Rules to Fly Drones

Indeed, people can’t fly drones freely without rules. The government still gives some rules to fly a drone. The Chula Vista police department in California even can fly their drones with conditions. For example, they can fly this device as long as it is not higher than 50 feet above the nearest obstacles. The drones also have to stay within 1.500 feet and come back as soon as possible. Based on the approval, the police departments can cut their budget. Drones are a more effective option compared to the use of helicopters and pilots. In the case of the COVID-19 pandemic, drones follow the social distancing guidelines.

The Benefits of Applying the Latest Drone Technology

Drones are smarter than before. You can’t only fly and see objects from the camera. Nowadays, people can use a drone to support the latest car technology, package delivery, inspection, and reconnaissance. Because of that, police departments don’t have to spend millions of dollars on buying large helicopters or pilots. The departments even don’t need a large police force to operate drones. Then, they can collect and store more videos in a certain area to detect any suspicious activities.

Drones are even more beneficial in the pandemic season. Police or people don’t have to go outside or meet each other too often. They only need to request something and let a drone deliver it. In the case of the police department, the police only monitor the area by flying a drone. They can stay in a place where there are no other people. The police only move when they see any suspicious things from the camera. Indeed, this method limits the exposure to other people. The police department can send a drone without sending an office anytime they receive an emergency or 911 call. A drone can cover about one-third of a specific area. This device also helps police to handle up to 70% of all emergency calls.

The Biggest Issue of Using Drones for A Law Enforcement

The use of drones has a lot of advantages to law enforcement. Indeed, it doesn’t mean that there is no problem at all. A policy analyst explains that the use of drones triggers privacy concerns. The analyst says that a drone allows law enforcement to pass through any area they want and see anyone in the area. It means that people seem don’t have privacy when drones fly around their area. The camera on the drones will record the activities in the area live. Due to the issue, the government needs to make a regulation related to privacy protection.

The strict regulation makes police can’t fly drones as they want to get clear visions. Another issue is that the area can only use drones from two launch sites. It hopes that the government approves a third launch site. This request helps the local police to cover the entire city or about 52 square miles area.